The spine is the backbone of the body. It naturally curves a little. This allows us to walk, move, and balance ourselves properly. But some people have a spine that curves too much to one side. This condition is called scoliosis. Scoliosis usually has no symptoms. In severe cases, the body looks asymmetrical with uneven hips or shoulders. Severe scoliosis may also cause backache and could contribute to other health problems.

In most cases, especially in children and adolescents, the cause of scoliosis is unknown and scoliosis is referred to as idiopathic scoliosis. To diagnose scoliosis, your doctor will do a physical examination. The doctor will also order some diagnostic tests such as X-rays, a Computed Tomography (CT) scan, and/or Magnetic Resonance Imaging (MRI) to determine the actual curving of the spine. If your doctor considers your curve to be mild, he may prescribe back braces to prevent further curving. However, if the curve is more than 45 degrees, your doctor may recommend corrective spinal surgery.

What is the posterior approach for scoliosis surgery?

The goal of scoliosis surgery is to both reduce the abnormal curve in the spine and to prevent it from progressing further and getting worse. To achieve this, a spinal fusion is performed to fuse the vertebrae within the curve to be corrected. This involves placing bone graft or bone graft substitute in the intervertebral space between the two vertebrae. Instrumentation such as rods and screws are also used to realign and stabilize the vertebrae until the graft heals and fuses the two vertebrae together.

There are several approaches to scoliosis surgery. The choice of approach depends on a number of factors such as the type of scoliosis, location of the curvature of the spine, ease of approach to the area of the curve, and the preference of the surgeon.

The posterior approach is the most common and traditional surgical approach to treat idiopathic adolescent scoliosis. In this approach, the spine is accessed through an incision made on the back or posterior side of the body while the patient is made to lie on the stomach.

For a posterior approach to scoliosis surgery, you will be administered general anesthesia. You will then be placed on your stomach with your arms and legs carefully padded.

A long incision is made down the middle of the back. The length and location of this incision depend on the location of the curve and the extent of the exposure that is required to perform the planned fusion.

The muscles are stripped off the spine to reach the bony elements of the spine.

Instrumentation is then used to reduce the curvature of the spine. This involves placing screws, hooks, wires, or other devices at each vertebral level involved in the curve. A specially contoured rod is then attached to these connection points at each level and correction is performed.

Once all the implants are placed securely, a final tightening is done and the incision is closed. Sometimes, a drain may be placed into the wound to protect the incision.

How long does the recovery take?

The spine looks much straighter soon after the surgery but some curve will still be there. Spinal bones take a minimum of 3 months to fuse together. However, complete fusion usually takes one to two years.

Scoliosis surgery is major surgery. All attempts are made to reduce the chances of any risks or complications of this surgery. Still, complications may occur in a few patients. Complications of scoliosis surgery may include paraplegia, excessive blood loss, infection, and failure of the spine to fuse. Rarely, cerebrospinal fluid leakage or instrumentation problems such as breaking of rods or dislodging of hooks and screws may also occur.

Talk to your surgeon about any concerns you may have about scoliosis surgery. 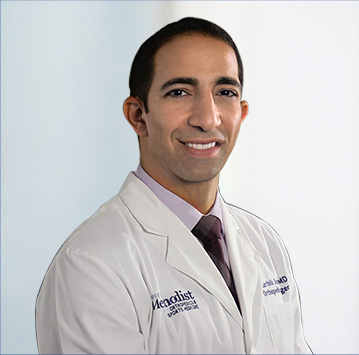